It's my huge pleasure to help Melissa Ann Goodwin with the cover reveal of her new novel Return to Canterbury, the sequel to The Christmas Village which I'm reading at the moment with my son.


About Return to Canterbury: 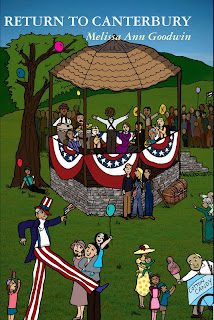 Things have settled down for thirteen-year-old Jamie Reynolds since last Christmas. That’s when he time-traveled to 1932 and wound up in the town of Canterbury, Vermont. There he met Kelly and Christopher Pennysworth, who quickly became his best friends. Back in his own time again, he misses them every day.

But, as the July 4th, 2008 holiday approaches, the biggest black cloud hovering over Jamie’s life is the mystery of what happened to his dad, who has been missing for almost a year.Little does Jamie know that he will soon reunite with Kelly and Christopher for an adventure even bigger than their last. Together they’ll uncover a secret plot that threatens to destroy Canterbury. But will they be able to stop it before it’s too late? And will Jamie finally solve the mystery of his father’s disappearance? Return to Canterbury with us and find out!

If you're in the US you can enter a giveaway for Return to Canterbury right here. 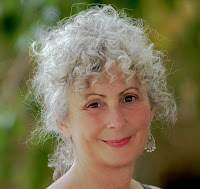 Find Melissa on her blog here

Put Return to Canterbury on your Goodreads TBR list here

Posted by Annalisa Crawford at 13:00