The post on the new blog explains it all.
I hope to see you there!

At the moment this is an experiment, but I know other people have moved to WordPress and liked it. To fill it up with content, I might go back and find some old posts to revisit, but there will be lots of new stuff too.

The new blog can also be accessed through my website. Comments have been disabled here, for obvious reasons.

*stops for one last look around, and to scoop up the random mug that didn't get packed*
Posted by Annalisa Crawford at 14:28 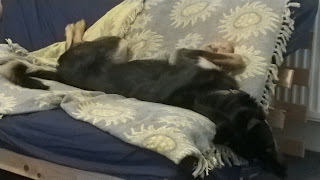 This is how I feel, two days before the end of NaNoWriMo.

It's been a challenge, and I'm 12,500 words from the end. I probably won't win, but I'm okay with that. I have a new story that probably wouldn't have happened if I hadn't taken part - I'd have been stuck in a never-ending rewriting/editing rut.

I'm posting today for a bit of a rant... a rant against myself!

I'm a pantser. Always have been. It's not the best way to write, I amble around and spend three years trying to figure out the story I'm telling. Pah. Rubbish. Especially as I then spend another three years rewriting, then giving up and hiding it in a drawer, then pulling it out again.

One new novel every ten years is slow, to say the least.

When I decided to do NaNo this year, I had a week to prepare and thought I might do a bit of plotting. In itself, it didn't go too badly, although the story keeps shifting, new characters are appearing and others have vanished off the page. The beach has been a constant feature, my MC's failing art career has stuck too - although she's still nameless - and there's a shadowy character that might be a dead sister, memory of her mother or a childhood imaginary friend.

And then there's X - the real subject of my rant.

X is also nameless. He started off as my MCs female flatmate, turned into her male fiance and - as of the very early hours of this morning - is her student lodger who bakes chocolate cake. At one point he/she was going to accompany MC on a lengthy road trip, but now the trip has taken a backseat and might just be one night in a Premier Inn to break up the trip to the beach. So much for planning!

It was a good experiment, though - I've realised I can neither pants or plot effectively, so I guess I'll just bumble along as I always have, but with the knowledge that bumbling really is the best way forward 😔

How is/was NaNoWriMo for you?
Are you a regular participant, or was this your first time?
What advice would you offer to me?

I've had a busy week - I think this is the longest I've managed to sit down since last Sunday, so I'm making the most of it by catching up on blog reading.

A work colleague broke his nose last weekend, so I covered a few extra hours which threw out my gym training completely; and I met up with a couple of different friends for a hot chocolate, so I've severely overdosed on sugar and feeling a bit jittery.

However, I kept to schedule on my NaNoWriMo writing, although I might be a little behind now because of some other tasks I've set myself. Yesterday I felt I was just putting random words down, feeling completely bored with the story, and not knowing where it was going. All the ideas I had where either too similar to something I've written before, or too similar to something I've read recently.

But then last night, as I was falling asleep (oh, my writing muse really picks her time!), I had a bit of an epiphany, which I'll attempt to map out this afternoon.

On top of all that, on Friday I had a chat with a consultant-type person about online marketing and promotion. The good news is that what I do is pretty good. The bad news is... all the stuff I don't yet do. So, that's my latest job,

It may mean some changes to my blog, but I don't know yet.

It may mean some changes to how I present myself, but I don't fully know that either yet.

How to Get Published conference 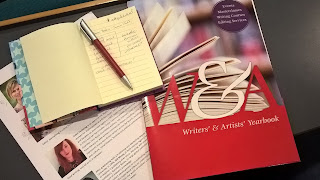 Yesterday, I went to a writing conference. For various reasons, I've written about it on my website, so rather than repeat it, click

to read all about it, and see yet another dodgy photo of me. Feel free to comment over there, or pop back and comment here. Or not at all... You know, being Sunday and all, you might be way too relaxed...

Email ThisBlogThis!Share to TwitterShare to FacebookShare to Pinterest
Labels: How to Get Published, my website, writing life

I've just signed up to this year's NaNoWriMo event.

I'm not sure what happened. I came home from work this afternoon, made a cup of tea, checked my emails, signed up.

Okay, that's not strictly true - I've been considering it for a while, but coming up with some really very good reasons not to: I've got a two day course to go on for work in November, the kids will need me to be available for specific reasons in November, I'm already booking up my days off with hot chocolate dates with friends, I'm going to be an aunt and will want to see lots of the new baby.

But, there are some compelling reasons to give it a go:

So, who's with me? Who's already signed up? Who's thinking about it?
Is chocolate a good enough reason?
Do you have any advice for me?

I'm really excited to be featured on Roz Morris's Undercover Soundtrack today. It's a fantastic series looking at how music has influenced the way a writer approaches their novel.

Being different, and not the author of a published novel yet, my post features the songs that inspired my short stories - each of my books gets a mention, so they don't feel left out.

I hope you enjoy reading more about me. I suggest making yourself a hot chocolate to drink while you read it, that's what I'm going to do! 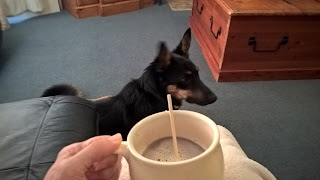 Email ThisBlogThis!Share to TwitterShare to FacebookShare to Pinterest
Labels: music, stuff about me, writing process 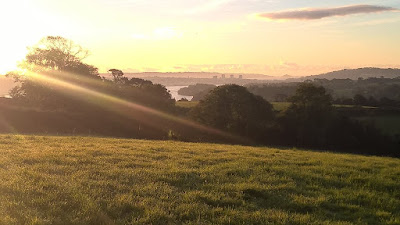 This is the scene I was greeted with as I rounded the hedge from one field to the next on Monday morning.

It was cold, and I'm starting to wonder where I put my gloves at the end of last winter. But, so glorious. Artoo doesn't like me to linger for too long - apparently, walking means just that to him!

I thought it was too nice a photo not to share.


Today I'm guest posting on Tyrean Martinson's blog, sharing my 5 Reasons to Write to Music. I hope you'll pop over and see what my reasons are.