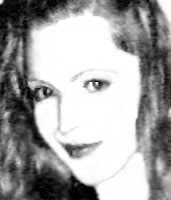 Today, I'm delighted to hand over my blog to Jade Varden, a YA author who has published two novels in her Deck of Lies series, to explain how she gets the most out of her writing time.

Take it away Jade...

Every Great Book Begins with Pre-Writing
By Jade Varden

Every book begins with an idea. Writers might ask themselves a question one day, and suddenly an entire book series is born. A dream, a line in a song, a TV commercial, a news report -- they’re all capable of inspiring great literary works. Before you ever write a word, you’ve already got the makings for a fantastic book. But too many writers skip a necessary step between idea and book-writing: pre-writing. The idea is just the beginning of the pre-writing process. Before you sit down to type, you’ve got to stop and think.

Would you sit down to make a dress without a pattern? Cook dinner without at least some sense of a recipe? You can’t sit down to write a book with only a few random, scattered ideas in your head. Writing will go much smoother if you have a plan to follow, if your thoughts are organized, if know where you’re going with the story. That’s where pre-writing becomes so important.

Every book begins with an opening scene. Think about the characters you need to introduce, what you want to say about them, how you want the reader to perceive them. Pre-writing is all about imagining. Imagine that opening scene like it’s playing out before you. See the setting and the characters interacting within it inside your mind. If you can see the scene in your head, it’ll be much easier to write later. Take note of how the characters are moving around in the space, what they’re saying to each other. When you can hear your characters talking to each other, you can make a lot of little tweaks to your dialogue so it sounds more real. Once you sit to write the scene, you only have to access the memory.

Imagining the scene makes it much easier to add vivid details to your writing, and helps you stay on track plot-wise. You know what needs to happen, and instead of re-writing and struggling through a scene several times on paper you can face the keyboard with a few solid ideas of how you need to get there.

I pre-write just about every scene I’ve ever put into my books; otherwise, I find myself going back and changing everything several times before I can move on to something else. Every time I find myself feeling stuck, or if I’m confused about where I need to go next, I immediately stop typing and stand up. Instead of trying to write my way through the scene, I pace around and I think it out. Instead of wrestling with the scene on the computer screen, I subdue it on my own private movie screen inside my head. Ideas are much easier to move around and edit than printed words, no matter how fast you type.

Posted by Annalisa Crawford at 07:22