Another guest post, this time the wonderful Elizabeth Seckman. Hey Liz, take it away...


Hi Annalisa! Thanks for having me over. Book promotion can be such a drag, but Swept Away is set on an island with so much history and fascinating tales, I could never get bored talking about the place. 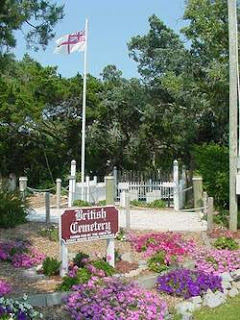 Ocracoke Island is a small spot off the coast of North Carolina that is only reachable by ferry.  It’s a quiet hamlet where old seaside homes line sand-packed streets. Nestled among these quaint homes is a very special place.

The British Cemetery. Back when I was much younger, a local tour guide explained the story of this white picket-fenced spot, and it will forever by my favourite version of a very special tale.

The waters off the coast of the Outer Banks are known as the Diamond Shoals. But during World War II, this area it was quickly renamed Torpedo Alley thanks to German U Boat activity. No one knew if the Germans were there simply to upset cargo and passenger transports, or if they were planning an attack on the US mainland.

No matter what the German’s intentions were, they were thwarted with much help from the English Navy. It’s quite possible their dedicated assistance prevented the war from ever hitting US soil.

On May 12, 1942, the HMS Bedfordshire was patrolling the troubled waters and encountered a German submarine. The Bedfordshire was struck by a torpedo and sank to the bottom of the ocean. Island residents saw the explosion and diligently patrolled the beaches hoping to find survivors. Sadly, all they managed to recover was a few of the thirty-four bodies of the fallen heroes. 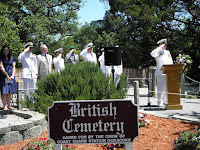 The people of Ocracoke buried the men together in a small plot, and the village of Ocracoke deeded the land to the British government. They couldn’t send these sailors home, so they did their best to bring a piece of home to them.

Every May, the village of Ocracoke, the US Coast Guard, and the British Navy honour these fallen heroes with a wreath laying ceremony, a 21-gun salute, and the playing of Taps.

Did you know there was still a piece of the British Empire in the United States? 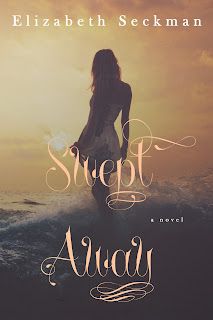 He came looking for a ghost. Instead, he found a girl.

Tucker Boone is a war-hardened Marine on a ghost hunt. Fresh out of the corps, Tucker learns he has a missing half-sister, Maddy. The only clue to her whereabouts is a cryptic note…I’ve gone Mad, Mags. Tucker agrees to search for her and heads to Ocracoke, North Carolina where a ghost named Mad Mags is said to haunt the ancient graveyards dotting the island.

The note doesn’t bring him any closer to finding Maddy, but it does offer him a diversion to the doldrums of civilian life— his new island neighbor, Josie McCoy. Tucker is drawn to her quiet spirit. There’s something special about Josie…a connection he can’t quite explain.

By summer’s end, he’s mixed up in deception, murder, and the love of a lifetime. Logic tells him to head home and forget the truths he found on the island. But can he walk away? Josie offers him more than love; she offers him hope. When the clues pile up and it looks like she can never be the girl for him, he has to make a choice- play it safe and break her heart, or risk everything for a chance at being swept away. 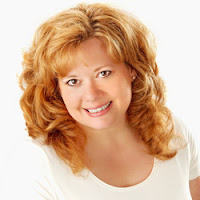 Elizabeth is a multi-published author and family laundry wench.  She is the mother of four boys, who are quickly all becoming men! Her life is filled with stinky size-twelve shoes and beard clippings in the sink. Is it any wonder she enjoys days spent writing women's fiction of stories of romance and happily ever after?