Chrys Fey is on a mammoth blog tour to celebrate the launch of her book 30 Seconds, and it's my pleasure to host her today. 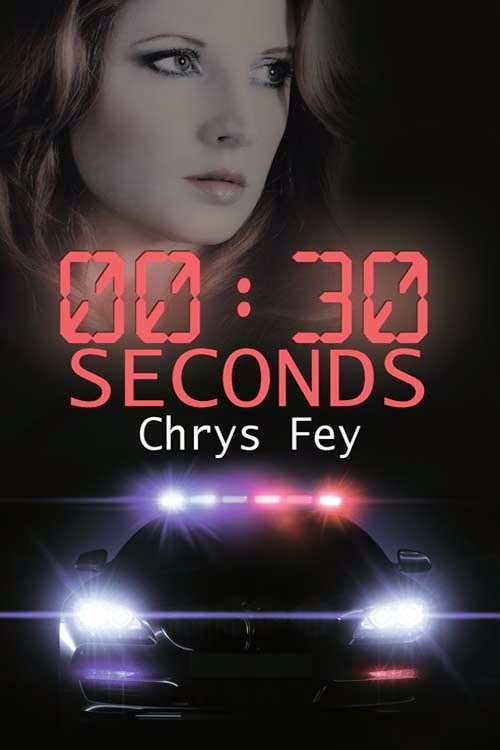 Blurb:
When Officer Blake Herro agreed to go undercover in the Mob, he thought he understood the risks. But he's made mistakes and now an innocent woman has become their target. He's determined to protect her at all costs.

The Mob's death threat turns Dr. Dani Hart's life upside down, but there is one danger she doesn’t anticipate. As she's dodging bullets, she's falling in love with Blake. With danger all around them, will she and Blake survive and have a happy ending, or will the Mob make good on their threat?

Welcome to my blog, Chrys, I'll start with the obvious question, where did the Mob idea come from?
I got the idea for this story seven years ago. Wow! It doesn’t seem that long ago but it was, and I can’t quite recall how the Mob made it into my story, but I know I wanted the hero, Blake Herro, to protect a woman from dangerous criminals. Somehow Red, the Mob boss, and his cruel followers evaded my brain. Maybe it’s safer that I don’t remember...

What kind of research did you need to do?
I always preach the importance of research, but I didn’t have to do all that much. I took my experience from having spine surgery and applied that to the hospital scenes. As for the police officer parts, I wanted to be a cop when I was growing up and I’ve always had a sixth sense about police work. Now the Mob...well, I cannot reveal whether or not I went undercover like Blake. *wink*

From cop to writer? What made you start writing?
I actually always knew I'd be a writer from the time I was six when I'd watch my mom write and illustrate children's books for me and my siblings. When I was twelve, I started writing a series. Writing was always my dream, but when I was in high school I wanted to be a police officer on top of it. I was ambitious.

On your blog, you mention listening to Adele and Alanis Morrisette while writing your first book, Hurricane Crimes. What music influenced 30 Seconds?
Thirty Seconds to Mars, my favourite band, was the biggest influence and the inspiration behind the title. I listened to their song “Attack” on repeat while writing an exciting scene when Dani, the heroine, runs from the Mob.

Tell me about your writing day...
I always start the day by checking my emails, blog, and social media. Once I get all of that out of the way, I settle into writing one of my current works-in-progress. The best time for my writing is after dinner and I write until I hit the sack.

After all that writing, what's your favourite way to relax?
I like to lounge on the couch and watch my favourite TV shows: Scandal, Once Upon a Time, Revenge. I also love to take walks while the sun is setting, which I try to do every day. It’s a great way to clear my mind and release stress.

Which books could you read over and over?
- The Young Wizard series by Diane Duane
- Chill Factor by Sandra Brown
- After the Night by Linda Howard

What are you working on next?
Right now I am working on the sequel to Hurricane Crimes, which I hope to release at the end of 2015. Down the road, I have a prequel planned for readers who enjoy 30 Seconds. I am also looking into publishing two paranormal short stories in the spring of 2015. One is about a witch and the other is about a ghost.

Thanks for visiting, Chrys, and good luck with 30 Seconds.

Bio:
Chrys Fey is a lover of rock music just like Dani Hart in 30 Seconds. Whenever she's writing at her desk, headphones are always emitting the sounds of her musical muses -especially that of her favorite band, 30 Seconds to Mars, the inspiration behind the title.
30 Seconds is her second eBook with The Wild Rose Press. Her debut, Hurricane Crimes, is also available on Amazon.

Discover her writing tips on her blog, and connect with her on Facebook. She loves to get to know her readers!