A chat with Teresa F. Morgan 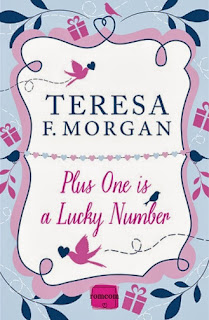 Last week I visited Teresa F. Morgan's blog, and today she's popped in to see me.

Teresa has just released her debut book with Harper Impulse, so what better time to share her with my lovely blogger buddies.

So, Teresa, I first met you in May 2011 (I checked) via Sally Quilford's 80,000 Words in 80 Days... Been busy since then?
Wow, was that when we first met? Well, back in May 2011 I'd put my first book on hold, to let it rest and started writing my second book (current working title Perfect Isn't An Option) in the 80,000 words in 80 Days - great challenge! That first book is now called Plus One Is A Lucky Number and has been published by Harper Collins' imprint company Harper Impulse. I have a two book contract, so I'm currently trying to tidy up the second book - it needs editing and some additing - to send it off to them. I've had a few dramas in my life since May 2011, divorcing and moving house, so haven't been so busy on the writing as I'd like to be. Now I'm settled in my new house, I am hoping to get into a better routine with my writing.

How did that feel, having your book accepted after working on it for so long?

I guess I feel relieved... and I'm still pinching myself that I'm a published author!
I started writing Plus One for the Mills and Boon competition in 2010 (I think it was around September). I didn't get anywhere but continued writing the book. So it has taken me three years to get published, and I'm chuffed to bits. You hear a lot of writers never getting their first ever written novel published, and I have. I sent it out to publishers last year, but with no joy. When I heard about Harper Impulse, my book was still with the RNA New Writers' Scheme and I was awaiting a full critique back, but I sent it off anyway, wanting to grab the bull by the horns as it was a fairly new company.

Did you ever consider self-publishing, or were you always heading towards a publisher?

For me, I always wanted to head towards a publisher. I feel rather new to the game, as I only started writing in 2006 and decided to do it professionally in 2009. I know that self-publishing works for some, but I think because I lacked confidence in my ability, (and still do!) and didn't want to be one of those writers who publish tripe (they do exist - seen it in the fanfic world!), I wanted my writing to be endorsed (is that the right word?) by a publisher - someone saying yes this woman can write! I think if it was 10 years down the line and I still hadn't been published, then I might have done it just to get my book out there, lol! But at first I wanted to try the 'traditional' route.

Book two - Perfect Isn't An Option. I really want to get this off to my publisher so I can write my third book! I think the only way I'm really going to get back into the swing of writing again, is to write. Editing is very hard to get motivated over... well, for me it is.

Is your writing career how you imagined it?

At the moment, no! I would love to be spending afternoons in Costa brainstorming, days out researching, hours reading then writing in my study (which I no longer have), but instead, it's very much the same as before. I'm running around after two boys, trying to keep on top of some of the housework and having to do the part time jobs which keep me afloat with a regular income. lol! When I do get to do writing, I've now got a desk in the corner of my lounge. One day, if I can give up the part time jobs, and have an office/study where I can go write - shutting the door to the outside world, that will be lovely. I've eyed up my son's bedroom to become my study, but because he's six I think I have a long time to wait. All depends on how clean he keeps his bedroom... otherwise I might convert it sooner rather than later!

About Plus One is a Lucky Number:
Sophie’s going to a wedding where the invite is strictly plus one… but with her single girl status not exactly fitting in with the bridesmaid dress code, and the best man being none other than the ex she would rather forget, Sophie needs a date and she needs one fast!Luckily for Sophie, her dreamy but distant co-worker Adam Reid owes their mutual friend James big time…and his gorgeousness more than fills the role of the ‘Perfect Boyfriend’!
As they take off to the sunny shores of Cornwall for the wedding weekend, it’s not long before pretence leads to passion and Sophie and Adam must decide; is their relationship real or is it all for show? 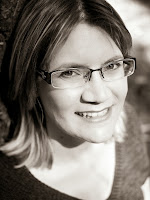 Teresa lives in sunny Weston-super-Mare, trying to hold onto her Surrey accent where she was born and bred.

For years she persevered with boring jobs, until her two boys joined the nest. In an attempt to find something to work around them, and to ensure she never endured full time boredom again, she found writing.

Teresa is at her happiest baking cakes, putting proper home cooked dinners on the table (whether the kids eat them or not), reading a good romance, or creating a touch of escapism with heroes readers will fall in love with.