A romantic comedy; a man, a woman, a dog, a challenge, romance, laughter, memories, love & hope.
Young 80 A horror; a young woman, a foggy night, a race home, trapped, scared, confused, crazy, an old woman, an empty room, a lost love and hope.


Welcome to my blog, Marjie. An easy one to start with, tell us a little bit about yourself...
haha! Thats easy?

Marjie Myers is my pen name & my actual name is Kate...well Katy and I have a blog, The Suddenly Kate Show, which is a year old this month. I am often described as 'Bubbly' which I strongly dislike but is a true description and I have a kitten Muse.

Congratulations on your blogaversary! How long have you been writing? Why did you start?
Thanks. I have been writing for about 6 months and I started on a whim last September. Up until then I had been writing music and travel reviews, two of my other loves, and I think it was a poem that started it all, that became flash fiction and then the rest they say is history. 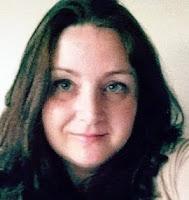 I'm curious about the book you've just released. The two stories seem very different - what made you put them together?
I'd like to say that I carefully considered the decision and the relationship between stories but in reality I thought it would be nice, a kind of sweet and sour, a pasty if you will and hence the tour name. Reflecting on the choice I can see that both stories have the same key themes running through them of Love and Hope.

Ah, 'pasty', I knew there'd be a reason for the name :-) What inspired these stories? Did you hear or see something, or did you just wake up one day with them running around your head?
12 Days was written because every year I read a romantic comedy at Christmas. I love Christmas and so instead of reading one I decided to write one. I sat down with the idea to write a rom-com at for Christmas and then went from there.

Young 80 was inspired by a Halloween flash fiction challenge which I had wanted to expand on. The idea for that came from my own experience of walking home in the dark combined with some fears.

Generally, I just sit down to write and go from there, my ideas are often inspired by a real life scene, emotion or character. But in these cases it was simply Christmas & Halloween.

Do you have any writing rituals that you've developed over the last 6 months?
I don't know...i've not really thought about it...erm, not yet.

Lol... just wait... every writer has weird rituals eventually! What are you working on next?
I have the NaNoWriMo novel that needs retuning as it were as its still in its very raw stage. But I know I wont be happy with that alone, I still have my weekly series which is ongoing and then there are the music reviews, the flash fiction, the A to Z Challenge and I am keen to work on a sci-fi story that I began as a Write for Ten piece, I want to know where it leads and what happens and....I think you can be sure the list is endless but this is the next few months.

That sounds fantastic. Who are your favourite authors? Are there any you aspire to be compared to?
Currently, Barbara Kingsolver & Gabriel Garcia Marquez & Leon Uris & Phillip M Margolin & Tom Clancy & Robert Kirkman but there are so many good writers, it depends on genre too and what way the wind is blowing! I like Hardy, Dickens, & Conrad.

I like all the above writers for quite different reasons, some its style, some its story, some its combination but to be compared to anyone who writes from the heart is good enough in my book. The first person who came to mind when I read that was Maeve Binchy because she was prolific and also her books are easy to get cosy with and pleasurable.

Some great names there. Finally, is there any advice you wish you'd been given 6 months ago - either writing or blogging related?
Blog related: That lack of comments doesn't mean that no-one is reading it (especially in the case of music reviews) and ultimately you should write what makes you happy. Your blog is for you.

Writing related: That its a drug..Class A.

Thanks for visiting today, Marjie - it's been great talking to you. 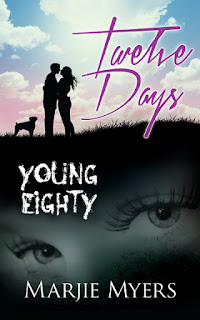 (This post has been scheduled. I'm taking a brief sabbatical - in fact, it'll probably be so brief that you won't even notice, but it means I might not get around to replying to comments on this post for a couple of days. Apologies to anyone who stopped by my blog yesterday for the Movie bloghop and left a message - I took the post down and didn't replace it due to circumstances beyond my control.)
Posted by Annalisa Crawford at 07:00