I've just realised it's been a while since I blogged - I've just had nothing to say. I'll try to think of something this week, I promise.

But right now, I want to say a huge congratulations to M.J. Fifield because... 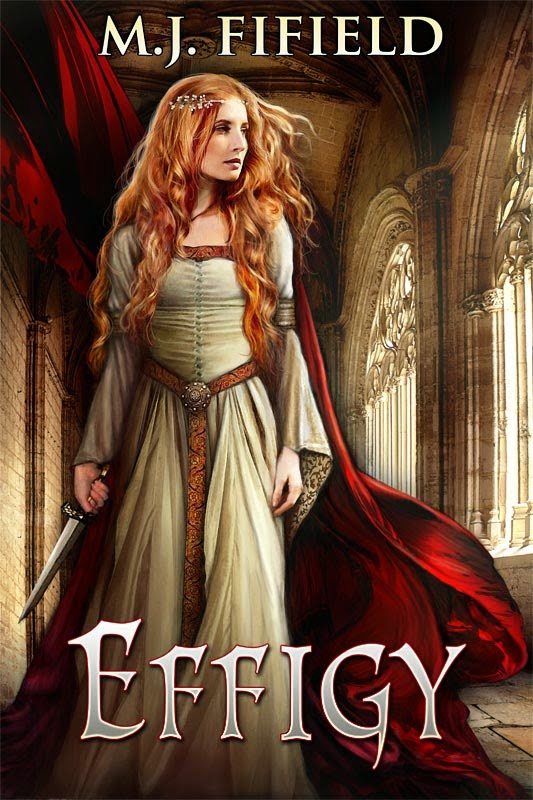 EFFIGY (Epic Fantasy), Book One in the Coileáin Chronicles
by M.J. Fifield

Now available in paperback and on Kindle at Amazon and CreateSpace (other editions to follow soon!)


The survival of a once-mighty kingdom rests in the hands of its young queen, Haleine Coileáin, as it slowly succumbs to an ancient evil fueled by her husband’s cruelty.

A sadistic man with a talent for torture and a taste for murder, he is determined to burn the land and all souls within. Haleine is determined to save her kingdom and, after a chance encounter, joins forces with the leader of the people’s rebellion. She gives him her support, soon followed by her heart.

Loving him is inadvertent but becomes as natural and necessary as breathing. She lies and steals on his behalf, doing anything she can to further their cause. She compromises beliefs held all her life, for what life will exist if evil prevails?

Her journey leads to a deceiving world of magic, monsters, and gods she never believed existed outside of myth. The deeper she goes, the more her soul is stripped away, but she continues on, desperate to see her quest complete. If she can bring her husband to ruin and save her people, any sacrifice is worth the price—even if it means her life.

Armed with a deep and lasting love of chocolate, purple pens, and medieval weaponry, M.J. Fifield is nothing if not a uniquely supplied insomniac. When she isn't writing, she's on the hunt for oversized baked goods or shiny new daggers. M.J. lives with a variety of furry creatures—mostly pets—in New Hampshire's Mount Washington Valley. Effigy is her first novel. Visit her online at mjfifield.com, find her on Facebook, or follow her on Twitter.

a Rafflecopter giveaway
Posted by Annalisa Crawford at 07:30